Mentor of the Month 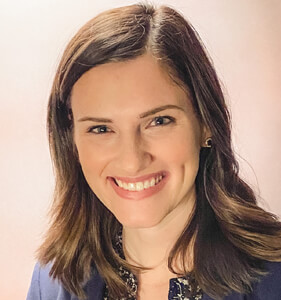 Mentor of the month

Jillian Boone, is being recognized as the Chime In Project, Mentor of the Month for her dedication to promoting childhood literacy through her Read for a Cause (readforacause.org) program wherein she authors children’s books to benefit several deserving non-profit organizations and for her dedication to mentoring young women in her workplace, the Fairfield County Common Pleas Court.

Coaching and mentoring have played tremendous roles in her life, both professionally and personally. As a former athlete, she learned quickly that the key to continued success was mentoring and encouraging her teammates. That is why she has found so much joy in coaching after her playing days came to a close: coaching is a way to inspire future generations to become not only better players, but better teammates, friends, and humans in general.

Professionally, she would not be where she is today had she not signed up for a mentoring program offered by the Ohio Supreme Court. The program pairs new attorneys with seasoned attorneys with the intent of forming a mentoring relationship to help young lawyers navigate the legal field.

Having been mentored by women, Jill has found that there is a kind of understanding, a bond, that women have with each other. It is an understanding that is often unspoken and difficult to put into words.

If it were articulated, Jill believes it would sound something like, “You’re not alone.  The pressures, the expectations, the internal battles… I know.  I was there.  I am still there.  But I’ve learned.  So I’ll listen, I’ll share.  And you’ll listen and you’ll grow.  And in the end, we will both be better for it.”  It is why Jill takes so much pride in mentoring young female employees in her workplace.  As mentees, they help her to consistently evaluate herself, her struggles, and ambitions.  They make her better.

Thank you Jill for championing young women! Chime In Project applauds your commitment to empowering women to excel in their career through mentorship in the workplace.

Who is your Mentor?

Your mentor could be chosen for Mentor of the Month

Chime In Project is doing our part to fill the need for female mentorship in professional and personal areas of women’s lives. It is designed to encourage, inspire and motivate. Do you think your mentor is amazing and gives great advice? Has she helped you to overcome obstacles, reach goals and embrace life? We are inviting nominations from members!